Busan is one of the beautiful cities you’ll find visiting South Korea. It hugs the southeastern coastline of the country, and boasts one of the largest ports in Asia. As the second biggest city in Korea, it offers a treasure trove of activities for anyone to enjoy. Based on my recent trip, here is a 2-day Busan travel itinerary. From families to budget conscious backpackers, this is a simple Busan travel guide to follow without much fuss.

How to get to Busan from Seoul?

Being the big city that it is, Busan is accessible via bus, train, and plane. The most used method of transportation is probably the train, considering the number of trains leaving Seoul for Busan every hour. Luckily for travelers, Korea’s rail system is famous for being quick, efficient, and on time.

Korea has two express trains that run from Seoul to Busan, the KTX (Korea Train eXpress) and SRT(Super Rapid Train – and yes, as corny as it sounds, that’s the official name). Both trains are capable of traveling up to 300km/h, or roughly 186mph, and terminate at Busan Station right in the heart of the city. Get on the right train and you’ll be at the other end of the country in under three hours. Now that’s fast!

Korea’s public transportation is one of the world’s finest, and Busan is no exception. The metro rail system covers a total of six lines and 139 stations, with more under construction and on the way. Whatever isn’t covered by the metro is covered by Busan’s immense bus network system. Both methods of transport are quick and cheap, with fares starting at less than $2 USD.

Let’s say you just hopped off the train at Busan Station. Just two metro stops away lies Nampo-dong, a popular tourist destination. It’s home to a treasure trove of shops and street vendors that serve up tasty street foods as far as the eye can see. It’s a nice blend of traditional markets and contemporary businesses, and also features a few famous Busan landmarks, including the Busan International Film Festival Square and the Busan Tower. Grabbing lunch here is the perfect way to kick off your Busan trip.

From Nampo-dong, a half-hour bus trip will take you to Taejongdae, a natural preserve on the outskirts of the city. Once there, you’ll have a tough time believing that such natural beauty can exist in such a big city, but it does. You’ll see rocky cliffs and rolling hills, green forests and all on the cusp of a beautiful blue-green ocean. The home observatory and lighthouse lie about a mile and a half away from the main entrance, and it’s there that you’ll get the full show of scenery that Taejongdae has to offer.

Not dressed for a mile-long walk? No need to worry, Taejongdae operates a trackless train called Danubi that circles the preserve every twenty minutes or so, dropping you off at various points. Check the weather forecast before you go, though, the train doesn’t run when it rains.

Once you’re done with Taejongdae, the bus will take you back to Nampo-dong, when it’ll likely be high time for dinner. Right across the street from the bus stop is Jagalchi Market, the biggest fish market in the country. Jagalchi serves up some of the finest and freshest seafood you can find in Korea, and it’s right by the seaside as well, so you can eat your dinner with a spectacular ocean view. It can be a bit pricey, but hey, treat yourself, you’re on vacation!

Now it’s time to enjoy Busan’s nightlife. From Jagalchi, a half-hour metro journey will take you to Gwangalli, one of Busan’s best beaches. The famous Gwangan Bridge straddles the beach, and when it lights up at night, it’s quite a sight. The beach is also lined with cafes, restaurants, and more, so you won’t have to worry about being bored around here. In fact, Gwangan Beach was Korea’s third most visited beach in 2018, so that should tell you a lot.

If you want to find out which beach was number one, take the subway a few more stops and you’ll hit Haeundae, arguably the most famous and popular beach in the country. The scenery isn’t too different from Gwangalli, but the beach is a lot larger, and is well catered for travelers with things to do and eat all around. What’s more, Haeundae is a good place to spend the night with its huge collection of luxury hotels right on the beach.

Rise and shine! First things first, you’ll want to shake down your breakfast, and what better way to do that than a leisurely stroll around the beach and over the rocks? On the westernmost end of Haeundae Beach lies the Nurimaru APEC house, the location of the 2005 APEC Conference. It’s not much to see, but it provides a lovely view and walk of the Haeundae coast, a perfect place to spend your morning.

After lunch, it’s time for some fun. On the other end of Haeundae Beach is the newly opened Haeundae Beach Train. Running on tracks that were once used by actual trains, the Beach Train travels along the Haeundae coastline for about 5 kilometers, or a bit over 3 miles, giving passengers a gorgeous view of the ocean. All seats on the train are directed toward the ocean so you can enjoy it for the duration of the trip. If you’re looking for something a bit more exotic, try the Haeundae Sky Capsule, a small monorail that runs along the same route as the Beach Train but on an elevated track.

Once you’re back from your ocean excursion, why not spend the rest of your day on the beach? If you have time, you can take a dip in Haeundae Beach, you definitely won’t be the only one to do so in the summer. If you prefer to just watch the ocean from a distance, then that’s okay too, as the beach stretches for quite a long distance, perfect for a beach walk. You can also enjoy some of the many bars and restaurants that line the beach for a snack or an early-ish dinner.

The only downside of Haeundae Beach is that it’s a bit far from Busan Station. Make sure you leave at least an hour for traveling to the station. But once you arrive, it’s just a matter of getting yourself on board one of Korea’s superb express trains, and trusting it to take you back to Seoul as fast as it can. What a trip!

Have you been to Busan? What Busan travel tips or Busan attractions would you add? 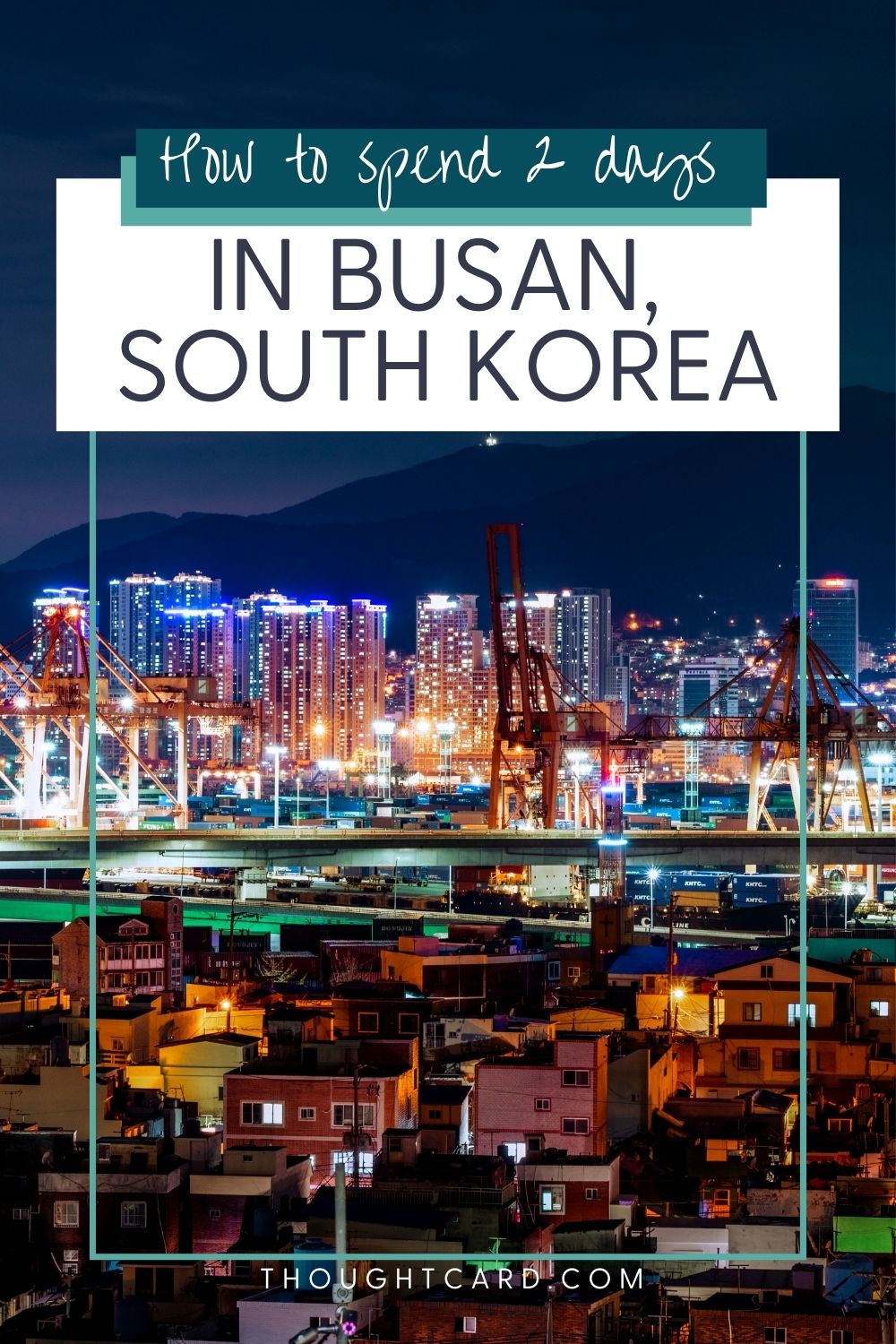 Teddy Son is a writer who’s dabbled in a variety of different fields; local news, museum exhibits, luxury establishments, sports, and so on. Travel has always been a passion of his: he’s been to eight different countries in three different continents, and has loved exploring everything different places have to offer. Outside of writing, he hails from the glorious nation of South Korea, and is a huge FC Bayern Munich fan.

Episode 81: Going To College In Europe Is More Affordable Than U.S. With Jennifer...
Scroll to top