At Earth’s southernmost point lies Antarctica – the fifth largest continent and the coldest place on the planet. Despite its polar extremes and unpredictable weather, adventurous travelers visiting Antarctica will find that the continent has lots to offer, especially during the austral summer. Summer in Antarctica is always sunny. I guess you can say this is when Antarctica “warms up” to the world.

All jokes aside, Antarctica is home to icebergs, crystal clear waters, and a variety of wildlife. It’s a destination to experience the wonders of nature as well as marvel at polar bears, waddling penguins, sunbathing seals and even flowering plants.

Despite its remoteness, if you think that the “White Continent” is out of reach, think again. Although only a few people have ever ventured this far, I dare you to start planning your once-in-a-lifetime trip. I know I am!

1. Is Antartica a country?

Antarctica is a continent but it is not a country.

Under the Antarctic Treaty signed in 1959, twelve countries established an international cooperation – more countries have since joined as members. The Soviet Union (now Russia), Australia, Argentina, Belgium, France, Norway, New Zealand, Japan, the United Kingdom, Chile, South Africa and the United States were all part of the original treaty.

Internationally, Antarctica is recognized as a nature reserve and a scientific research hub. It’s a land devoted to peace. No military presence is allowed.

Antarctica is one of the few places in the world where there has never been a war.

2. When to visit Antartica?

From November to early March (summer months) visit Antarctica’s ice-free coastal zones. For safety, tourists are not allowed to visit Antarctica any other times of the year.

The “best” time to visit Antarctica depends on what you’re looking for.

November is great for breathtaking scenery. From December to mid-January enjoy warmer temperatures and 24-hours of daylight. Mid-February to March is great for spotting whales.

2. What are some fun things to do in Antartica?

4. Do I need a visa or passport to visit Antartica?

You don’t need a visa to travel to Antarctica. However, you’ll need a valid passport for visiting countries in route to Antarctica. Make sure your passport is valid for at least six months after your trip ends.

You will also need a permit but don’t worry, your cruise ship takes care of this. Nevertheless, double check!

Lastly, there are no vaccinations or currency restrictions for entry.

5. What are the ways to get to Antartica?

A flight-cruise expedition is the most common way to reach Antarctica. These flights vary depending on where you’re flying to and from. Accounting for layovers, plan for at least two days of travel.

Most people visiting Antarctica will first fly into any southernmost part of the world and then either take a small charter-plane or embark on an expedition “style” cruise.

Set sail with a respected small-group operator like Oceanwide Expeditions. As an IAATO member, feel at ease knowing that your expedition cruise practices safe and environmentally responsible travel to Antarctica.

IAATO membership is highly regarded. It’s like a seal of approval.

Oceanwide Expeditions emphasizes wildlife encounters and personal contact with the environment. The exploratory travel program means that you’ll spend as much time as possible ashore. Capped at 20 to 114 passengers, Oceanwide Expeditions offers an intimate atmosphere with knowledgeable guides and an experienced crew. They even offer photo workshops where professional photographers share tips for taking better photos.

Travel Planning Tip: Thinking of visiting Antarctica with a cruise ship carrying more than 500 passengers? Ships this size don’t get to land. You’ll only see the scenery from the decks of the ship.

6. What are the common gateway ports?

Fly to and over Antarctica from Australia, Chile, Argentina or New Zealand.

7. What currency to use in Antartica?

Since Antarctica isn’t a country, it doesn’t have a sovereign currency. However, you can expect to find Argentine Pesos, Chilean Pesos, U.S. Dollars, Pound Sterling and Euros exchanged throughout the continent.

Money Tip: Most of your spending will be done on the cruise ship. Check with your tour operator to see which currency you should bring on board.

Visa and MasterCard are widely accepted. But when it comes to visiting Antarctica, always bring cash.

Antarctica works on a small-community based economy. So it is common to find establishments that choose cash over credit cards. But if you’re going to use plastic, keep in mind that most establishments have a card minimum. This can be tough to meet when some stores only carry a few items.

It’s safe to say that you shouldn’t expect to use an ATM in Antarctica. Nevertheless, there are two ATMs – both are at the McMurdo Station. McMurdo Station is a scientific research center.

Wells Fargo operates both ATMs – one ATM serves as a backup unit. If you bank with Wells Fargo, you’re in luck! You don’t have to worry about ATM fees.

With limited access to ATMs and banking, plan ahead by bringing enough cash to last your entire trip.

9. How does tipping and taxes work on cruise ships?

Taxes vary on cruise ships. Most tour companies have information about currency, tipping, and taxes in the FAQ section of their site.

On board, it’s recommended to tip your guide $10-$20 USD per person per day. If you’re traveling through Argentina or Chile, expect to tip.

Have YOU been to Antarctica? Share a travel tip! 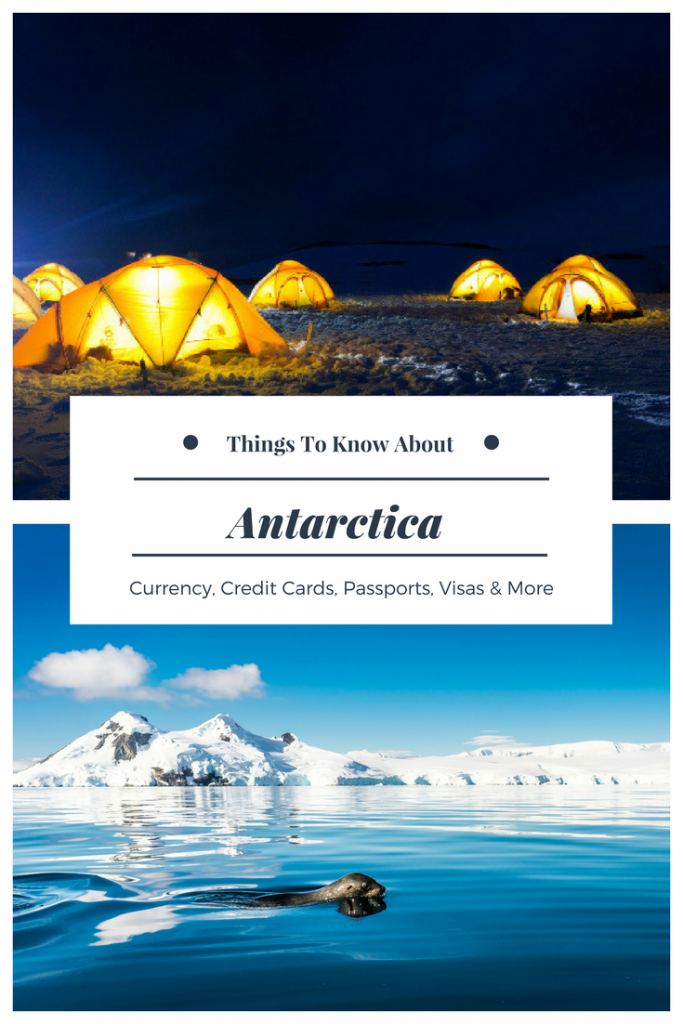 Mexico City Trip Costs: How Much Does A Trip Cost?