After spending almost a week visiting a handful of tourist attractions in Paris, just when I thought that I wouldn’t have time to visit the iconic Sacré-Cœur Basilica, I discovered the Montmartre tour by Discover Walks.

Although this free walking tour of Montmartre ended with an awe-inspiring view of Paris from Sacré-Cœur Basilica, I also discovered a few hidden gems in Montmartre including windmills and secret gardens in the heart of the city. When planning a trip to Paris, visit Montmartre!

Montmartre is the trendy bohemian art district in Paris.

During the late 19th century, since rent was cheap, many great artists like Monet, Picasso, and Vincent van Vogue called Montmartre home. Today, it continues to inspire artists, musicians, and writers.

Montmartre was once a small picturesque farming village just outside of Paris. It had windmills, vineyards and peach orchards. Throughout history, there were thirteen windmills in Montmartre. There are only two surviving windmills left – Moulin Radet and Moulin de Blute-Fin.

Built in 1622, Moulin de Blute-Fin is the only functioning windmill in Montmartre. It sits on a private estate and it’s not accessible to the public. Built in 1717, you can get a closer look at the Moulin Radet at the Moulin de la Galette restaurant.

The Montmartre walking tour started at the base of the hill. On the Boulevard de Clichy, we talked briefly about Montmartre’s raunchy side and famous cabarets like the Moulin Rouge.

Next, we started our ascent up the hill.

We walked through winding cobblestone streets and stopped at a few notable cheese markets and bistros.

One of the hidden gems on the Montmartre tour was the Place Marcel Aymé. This small square had a larger than life statue from the book “Le Passe Muraille”. Le Passe Muraille is a short story by Marcel Aymé (1943) that teaches a valuable life lesson.

One day while locked out of his home in Paris, Dutilleul, a lowly civil servant from Montmartre discovers the ability to walk through walls. Instead of using his powers for good, he seeks revenge on his boss, plays pranks, and becomes a notorious thief, “The Lone Wolf”.

To make matters worse, he has an affair with a married woman.

While trying to avoid getting caught by his lover’s husband, his power unexpectedly runs out leaving him trapped in the wall, forever.

Remember, always use your talents and abilities for good.

This small tiered park had a lovely playground and sandbox. It was here that I learned about how Montmartre got its name.

During the third century when Paris was still a Roman city, Romans persecuted Christians. Saint-Denis, the first bishop of Paris was captured and beheaded at the highest hill in Paris (now known as Montmartre).

According to the legend, Saint-Denis picked up his decapitated head and walked six miles preaching about repentance. Along the way, he stopped at a fountain to clean his head – this fountain marks that very spot. Talk about willpower!

“Montmartre” means “Mountain of the Martyr”.

Where to Stay in Montmartre?

If you are looking for hotels in Montmartre, consider staying at one of the InterContinental Hotels. IHG is an international hotel company with twelve differentiated hotel brands including Holiday Inn which offers the perfect blend of both business and leisure.

The Holiday Inn: Paris – Montmartre is a 4-star hotel in a quiet street. Centrally located, the hotel is within walking distance to Sacré-Cœur Basilica, Moulin Rouge and Place du Tertre. There are also two Metro stops nearby, Blanche and Lamarck – Caulaincourt (~10 minutes).

The Holiday Inn: Paris – Montmartre is pet-friendly and every room has a 4G smartphone. You can even customize your sleep experience by choosing between soft and tight pillows!

Lastly, enjoy a full breakfast buffet on-site or head to the neighboring grocery stores, bakeries, and restaurants to enjoy a delicious Parisian meal. 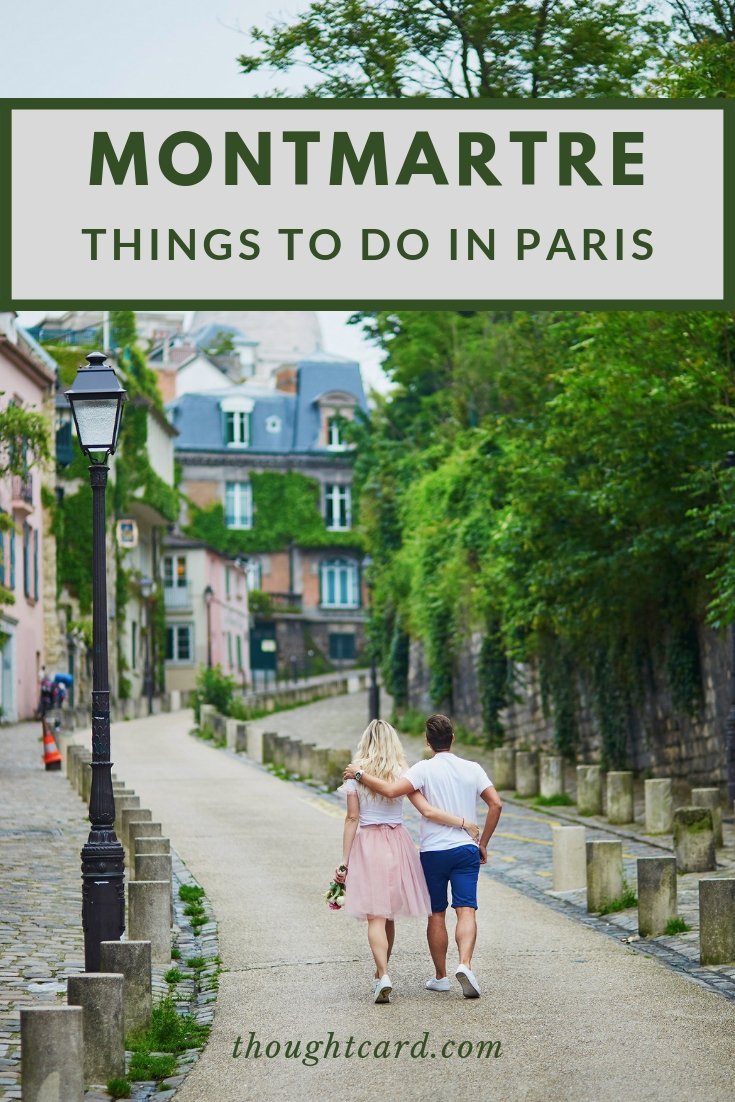