Sooner or later you’ll want to visit an expensive destination that will challenge your budget. Instead of letting this deter you from traveling, accept the challenge and try to save as much as you can. Although Iceland is one of the most expensive countries in the world, this did not stop Natasha Alden from enjoying a week in Iceland on a budget. That’s right – while most people spend over $100 a day in Iceland, Natasha only spent $100 during her week in Iceland. Read on to learn how to do Iceland on the cheap!

The Guide To Iceland on the Cheap

I started traveling at a young age to many domestic locations within the U.S., but never truly traveled abroad. During my junior year of college, I decided to study abroad in Australia. While there, I met so many other young people from around the world. They talked about their trips around Europe, gap years and eating $1 pad thai in Thailand. I knew I had to experience more international travel.

When I returned to the states to finish up my double major in film and marketing, I set a goal to save $10,000 to travel around Europe after I graduated college. I worked at an Italian restaurant waiting tables for the next year and a half while in school.

Since I didn’t care where I started my trip to Europe, I looked for the cheapest flights to Europe. After months of searching on Skyscanner and other booking sites, I randomly typed “Iceland” into the destination tab.

I found a $300 flight to Reykjavík with onward travel to Oslo, Norway. I jumped on the deal.

So I suppose I didn’t really decide to visit Iceland.

I mean, don’t get me wrong, I thought Iceland looked and sounded amazing. However, it was the cheap flight that led me to this experience.

During my week in Iceland, I spent roughly $100. This was extreme budgeting, but – since this was the beginning of my 8-month trip, I was nervous about maintaining my budget. I hadn’t done much research about Iceland before booking my flight, so when I saw that hostel beds were $45 a night, I knew I had to explore other options. By Couchsurfing, I didn’t spend any money on accommodations.

Couchsurfing allowed me to get to know the locals and save lots of money. We became friends and I shared unique experiences with them that maybe would not have been possible if I stayed at a hotel.

The first couch I “surfed” on was at a couple’s apartment. The couple cooked with me, and they even took me to the bars one night.

Cooking your own meals may not be everyone’s cup of tea, however, it allowed me to save money on food.

The second house I stayed at was a young musician’s house, which proved to be loads of fun. Every night he had a gig playing at a local bar which was my free entertainment.

Food and Drinks in Iceland

I’m not a big drinker, so I only had a couple of beers a few times. At $8 a beer, even a few times quickly became too many.

Listen to this episode for practical ways to save money in Iceland, including how to find the best happy hours in Reykjavík.

The only restaurant I ate at was Sægreifinn (Seabaron). They served excellent fish soup with fresh-baked bread.

Besides this luxury, I lived off Icelandic Skyr, prepackaged salads and an amazing hot dog stand that can only be found in Reykjavík called Bæjarins Beztu Pylsur.

For a detailed breakdown, here’s how much food costs in Iceland.

Hiking and Hot Pots in Iceland

Besides joining my hosts and other travelers in the city’s many pubs, I spent a lot of time outdoors.

Iceland is a beautiful and vast country and there are plenty of hiking opportunities just outside the capital. The local buses run to all the jumping-off points for amazing hikes.

I loved taking a dip in the Rekjadalur hot springs just outside of Hveragerði and hiking up Seljavallalaug.

I visited Iceland in June, meaning I never had to “get somewhere before it got dark”. Sure, this messed with my sleep schedule, but walking back from a hike at 1 a.m. felt wild.

With a whopping €40 price tag at the time, I decided to skip the infamous Blue Lagoon. I knew this would break my budget, and besides, all the locals told me not to go. “It’s touristy, overrated, and not something an Icelander would do,” they told me. Instead, one of my hosts took me to a local thermal pool and I enjoyed a nice sunny day chatting with locals.

Skipping the Blue Lagoon and filling my days with free nature hikes led me to keep my costs low. I don’t regret the experiences I skipped out on in Iceland because of my budget. I actually think it led me to have a better time.

If you’re traveling to Iceland chances are it’s because of nature. Reykjavík and its surroundings are lush, green, and so gosh darn beautiful that you don’t need to spend money on entertainment. Nature is free!

Overall, even if a trip seems out of financial reach, there is always a way to make it happen by being resourceful, creative and having financial discipline.

For more inspiring stories of financially savvy travelers finding creative ways to travel the world and live on their terms, listen to The Thought Card Podcast (available on Apple Podcasts, Spotify, or anywhere you listen to podcasts).

Natasha is a five-foot blonde that believes she is short so she could fit in air, train, car, and bus seats comfortably while traveling. She lives out of her backpack and documents her travels on The World Pursuit. Her day usually doesn’t start until she has had at least one coffee and a yogurt. She has traveled to over 85 countries across 6 continents. You can find her and her partner gallivanting around the world on Facebook and Instagram. 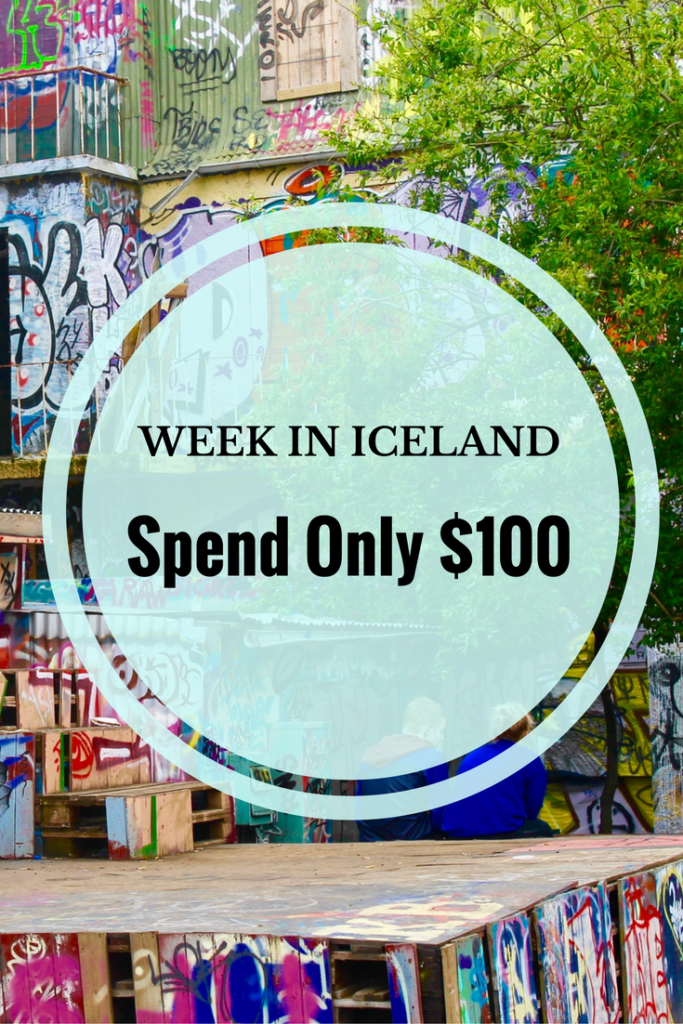 Get Flight Deals Sent To Your Inbox With Thrifty Traveler Premium – Episode...