With over a decade of experience investing in real estate, Rachel Hernandez (a.k.a. Mobile Home Girl) started her wealth building journey finding single-family homes for real estate investors and then started investing in them herself. After several years as a landlord, she took the leap and decided to specialize in mobile home investing. Her three book series Real Estate Investing Sucks and Adventures in Mobile Homes hit #1 on Amazon and her blog is a top 20 real estate blog. Featured in MHVillage, Forbes, Motley Fool, Experian, and GoBankingRates just to name a few, Rachel’s talent doesn’t end there. She is also the host of a podcast, called– you guessed it, Adventures in Mobile Homes. In this episode of Millennial Wealth Builders, Rachel Hernandez shares how to invest in mobile homes and what it takes to build a success mobile home investing business.

Millennial Wealth Builders is a 3x grant funded audio docuseries that highlights how Women of Color are building wealth in the 21st century. We’ve covered topics such as real estate investing, entrepreneurship, and advocating for yourself at work. You can support the production of this podcast by buying me a coffee. Your support is greatly appreciated.

Acquania Escarne 0:00
With over a decade of experience investing in real estate, Rachel Hernandez started her wealth journey finding single family homes for real estate investors. And then she started investing in them herself. After experiencing burnout from being a landlord, Rachel dive into mobile home investing. Her three book series real estate investing sucks, and adventures in mobile home hit number one on Amazon, and her blog is in the top 20 Real Estate blogs featured in MH village, Forbes Motley Fool Experian, and go banking rates just to name a few. Rachel's talent doesn't in there. She's also the host of her own podcast called, you guessed it, adventures and mobile homes. This is Rachel's wealth building story.

Danielle Desir 1:07
co hosted by Acquania Escarne. A, the host of the purpose of money. And Danielle dizzier, the host of the thought card. millennial wealth builder series is where we share the stories of women of color, building wealth.

Acquania Escarne 1:22
But this isn't your ordinary interview based show. throughout this series, you'll be hearing from women who are creatively

Scroll back to top
powered by

In this episode, we discuss:

What You Need To Do To Get Started In Mobile Home Investing is a self-paced online course that will teach you the important action steps to get your mobile home investing business started on the right foot. This program includes workbooks, a private forum, LIVE group coaching calls, and a bonus audio book.

Avoid the pitfalls of mobile home investing by booking a one-on-one coaching call with Rachel.

Use our special promo code ‘MILENNIALWEALTHBUILDERS’ for a small discount at checkout.

Rich Dad Poor Dad: What the Rich Teach Their Kids About Money [Book]

Real Estate Investing Sucks: How to Find Your Niche and Dominate [Book]

Investing In Hotels With Epiq Collective 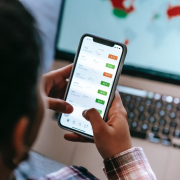 Episode 47: Live from the Great Wall of China 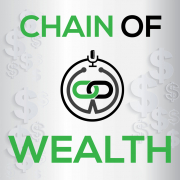 Episode 25: Passive Income with Denis O’Brien from Chain of Wealth 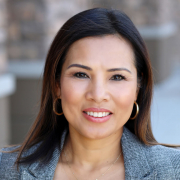 Surviving a Coup and Improving Your Finances With Sophal Pettit

Bonus: How Our Travels Have Changed Since the Pandemic 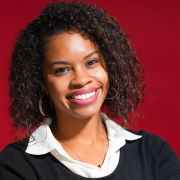 Episode 113: Financial Literacy Basics: You Don’t Have To Be Good at Math With Crystina Cardozo

How Much Does A Trip To Rochester, New York Cost?