I am utterly obsessed with the English countryside. Back in July, I spent a week in England and despite the unraveling Brexit situation, I had a wonderful time across the pond. I spent most of my time exploring South West England including cities and towns like Cheltenham and Bath including a hike to Cleeve Hill. I also spent a day exploring Northamptonshire in the East Midlands.

The first time I spotted the English countryside was during a bus ride from London to Cheltenham. A friend had just moved to England and invited me to spend a week exploring Gloucestershire. I welcomed the opportunity to see more of England and after spending only one day in London, we boarded a bus headed to the South West. For the next two hours, we drove past rolling green and yellow hills, and small picturesque villages tucked in the countryside. The rest of England looked completely different from London and I loved that. When we finally arrived in Cheltenham, I was already head over heels in love.

Throughout my trip, I took advantage of the good weather and spent a lot of time outdoors. In addition to canoeing River Nene in Northamptonshire, I also hiked some of the Cotswold Way. The Cotswold Way is one of the fifteen National Trails of England and Wales, and it spans 100 miles. This trail starts at Chipping Campden in the north and ends at the Georgian city of Bath in the south. The Cotswolds is home to lots of quaint villages and smaller market towns. It’s also a great place to access North Leigh Roman Villa, an ancient Roman ruin that includes bath suites and mosaic floors.

Check out this informative Cotswold guide and discover things to do, where to stay and the best villages to visit along the way.

Although I didn’t have enough time to hike the entire 100-mile trail (trust me I would if I could), I did, however, hike the Cotswold Way Circular Walk which started at Cleeve Hill. Only 15 minutes away from Cheltenham, Cleeve Hill is a 6-mile route, perfect for a half-day outdoor adventure. I completed the circular route in about four hours and only needed a pair of sneakers, my GoPro, a map, a bottle of water and a sweatshirt.

National Trails marked with an acorn.

After parking the car in the free parking lot behind the golf course, I followed the Cotswold Way signposts and started my hike.

Although at times I found it hard to navigate the grasslands, following the signposts and occasionally referencing my map kept me on track. I also wasn’t shy about asking the friendly locals for help when I got lost.

Views from Cleeve Hill in Cheltenham 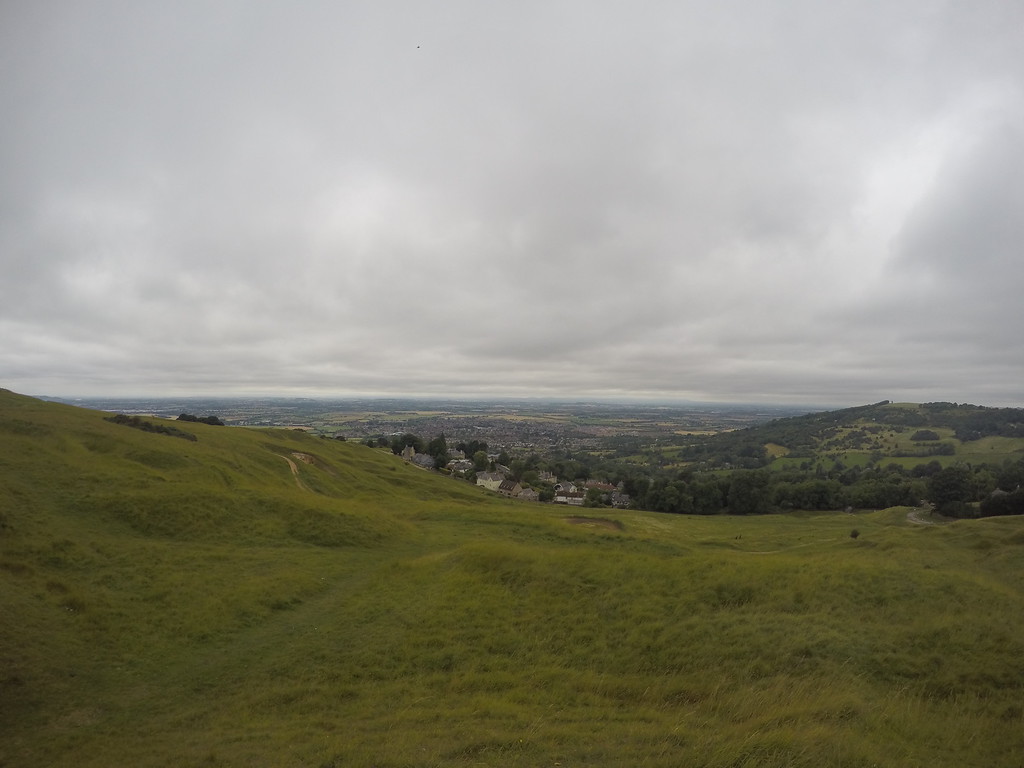 One of the most strenuous parts of the hike was getting to the first plateau. The terrain was steep but I made it to the peak with moderate effort.

Past the hills, I could see the entire town of Cheltenham along the horizon. Since Cleeve Hill is the highest point of Cotswold Way, I also had clear views of Brockhampton (a small village east of Cheltenham) and Wales!

Despite spending a lot of time admiring the views, I also spent an equal amount of time watching my feet. One careless move meant stepping in a mushy pile of dung. Although I didn’t get to see any sheep, I did, however, spot grazing cows and lots of friendly dogs.

There were also plenty of benches along the route perfect for resting. The benches offered the best views from Cleeve Hill and yes…I made sure to stop at every bench. Even on a cloudy day, the views were worth it.

Most benches were wet but who cares when the views look this good.

No outdoor adventure would be complete without a mishap, right?

About an hour into the hike, I must have gotten too close to a poisonous plant because my hands started to sting and burn. Within a few minutes, white blotches started to appear on my hands and I started to freak out.

Of course in a state of panic, I ran to Twitter. I frantically tweeted about my condition and a few friends mentioned that this was nothing to fret over. I had a case of “stinging nettles”. The cure was finding dock leaves nearby.

Since this wasn’t life-threatening, I decided to push past the pain and wait it out. By the end of the hike, I was pain-free.

On a more positive note, another highlight from hiking Cotswold Way was the mud-capped walls. These walls are part of a restorative project to conserve critically endangered moss.

Before cars, dung and mud were used to strengthen walls. This organic combination hosted different types of moss species, but by the 1950s, most mud-capped walls were out of use in England. As a result, many of the moss species either became endangered or extinct. The Mud-Capped Wall project at Cotswold Way tests the effects of the combinations of horse, sheep and cattle dung and determines the best habitat for these rare mosses.

Heading back to the parking lot, I took one last look at the rutted trackways and hilly grasslands and knew that hiking Cleeve Hill was a highlight of my trip to England. Although I was sad to leave, I knew that I’d be back soon.

7 Wonders of the Cotswolds – Cleeve Hill

A Weekend in Cheltenham 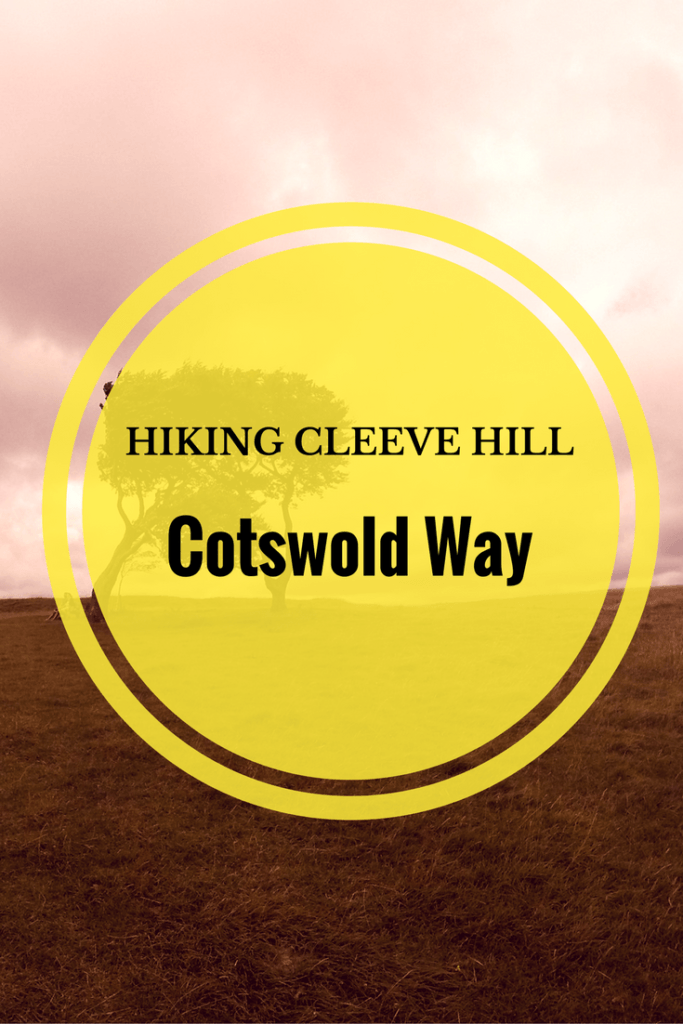 Canoeing England: A Day Paddling Down River Nene In Northamptonshire