Home to ornate temples, small villages, bustling cities, lush forests, and natural hot springs, I recently added Taiwan to my travel wish list after learning about its rich cultural history. Off the eastern coast of China, the Chinese, Japanese and Dutch have all influenced Taiwanese culture. Sixteen recognized indigenous tribes also make up approximately 2% of the population. For those who are looking to learn about Taiwan’s rich and blended heritage, here’s a list of cultural Taiwan attractions you must visit during your trip.

For those interested in Chinese culture and history, the National Palace Museum in Taiwan houses cultural relics, art, and artifacts. Originally in the Forbidden City in Beijing, China, this collection was moved to Taiwan in the 1940s to prevent its destruction during the Chinese Civil War. The National Palace Museum in Taiwan has nearly 700,000 pieces making it one of the largest Chinese collections in the world, even larger than the Forbidden City.

Some of the exhibits worth checking out include virtual reality creations where you interact with iconic scenes depicted in paintings and scrolls. Since 2015, the National Palace Museum has been a global leader in VR “reimagining and reinterpreting many masterpieces”.

Hakka are Han Chinese people who migrated from southern China to Taiwan. As the second-largest ethnic group in Taiwan, they comprise of approximately 13% to 18% of the population. Step back in time and learn about the Hakka culture by visiting Neiwan Old Street in Hsinchu. Marvel at the homes and buildings and try the local specialties like Hakka sticky rice and Hakka Lei tea as well as Taiwanese sausages and stinky tofu. You can also experience Hakka culture in Miaoli and Beipu.

For more cultural Taiwan attractions, take a stroll through the “Hakka Cultural Boulevard”, century-old walking trails throughout the country to see the lush forests, valleys and small Hakka villages. In spring, don’t miss the Hakka Tung Blossom Festival. Here you can learn about Tung flowers and explore local farms.

Taiwan has three major art centers. The National Taichung Theater is an opera house in the Xitun District of Taichung, Taiwan. It aims to offer locals an international production experience so they don’t have to go far to see the world. Taiwan’s National Theater and Concert Hall are twin performing arts facilities where you can see anything from Broadway shows to Latin and African dance and Beijing opera. Located in the Fengshan District of Kaohsiung, the breathtaking and spacious National Kaohsiung Center for the Arts (Weiwuying) hosts a variety of cultural experiences, art shows and concerts.

Taiwan is native to many ethnic groups. Although the majority of the population is Han Chinese, the Taiwan government recognizes 16 Taiwan aboriginal tribes. Most indigenous groups live along the east coast or Central Mountain ranges.

Each tribe has its own language, customs, and traditions. To experience the aboriginal culture for yourself, join festivals while visiting Taiwan. Some of the most popular indigenous ceremonies include the Ear-shooting Festival of the Bunun tribe (April), Flying Fish Festival of the Yami (Tao) tribe (February to March) and the Harvest Festival of the Amis tribe (July to September).

Said to be the most important annual ceremony for the Bunun people, the “shooting of the ears” ritual in late April or early-May is held in the Sacrifice Square of the Luming Butterfly Valley. During this hunting ritual, the Bunun men shoot the ears of the deer with arrows to demonstrate their hunting capabilities. Back in the day shooting a deer’s ear was considered the toughest feat in hunting and helped the tribesmen avoid bad luck.

Orchid Island is home to the Yami people who depend on the sea and regard flying fish as sacred gifts from the gods. Every year from January to June the flying fish come with the current, and to celebrate, the Flying Fish Festival of the Yami (Tao) Tribe lasts four months. The festival consists of various rituals including blessing the boats, praying for a bountiful catch, calling the fish and various ceremonies.

Check out this list of popular Taiwan indigenous ceremonies.

If you’re visiting Taipei and want to visit more cultural attractions in Taiwan, don’t miss the Shung Ye Museum of Formosan Aborigines. Shung Ye Museum of Formosan Aborigines highlights the history and culture of Taiwan’s aboriginal people. Visit this museum for an introduction to Taiwan’s indigenous culture including the tools and daily utensils used by the aboriginal people, clothing, decorations, religions and major historical events. Rent an audio guide or join an English, Mandarin or Japenese guided tour.

A visit to Taiwan would not be complete without spending time in a temple. Buddhism, Taoism, Chinese folk religions and Christianity are all observed in Taiwan. With thousands of temples to choose from, the Bangka Qingshui Temple dates back to 1787 and it is dedicated to Qingshui Zushi, a Buddhist monk whose nose is believed to droop during times of danger. Also, Longshan Temple is known for its wood carvings and design which dates back to the late 18th century. It is dedicated to a mixture of Buddhist, Taoist and local folk deities.

Lastly, the best way to taste Taiwanese cuisine and experience pop culture is by visiting the local night markets. Open all year round, there is something for everyone here including vegetarians, vegans, and pescatarians. Sample everything from spring rolls to duck wraps, pepper buns, and Tainan beef soup. Don’t forget the sweet treats and desserts.

Raved as one of the best night markets in the world, many people travel far and wide to experience this important part of Taiwanese culture. Find night markets in every city across the country and there are a dozen in Taipei alone. Raohe Night Market is Taipei’s oldest and Shilin Night Market is one of the largest. Popular amongst tourists and locals, plan to arrive around 7 p.m.

This post is in collaboration with Taiwan Tourism Bureau.

How to Save Money for Travel

[Podcast Episode] Tips For Climbing the Great Wall of China 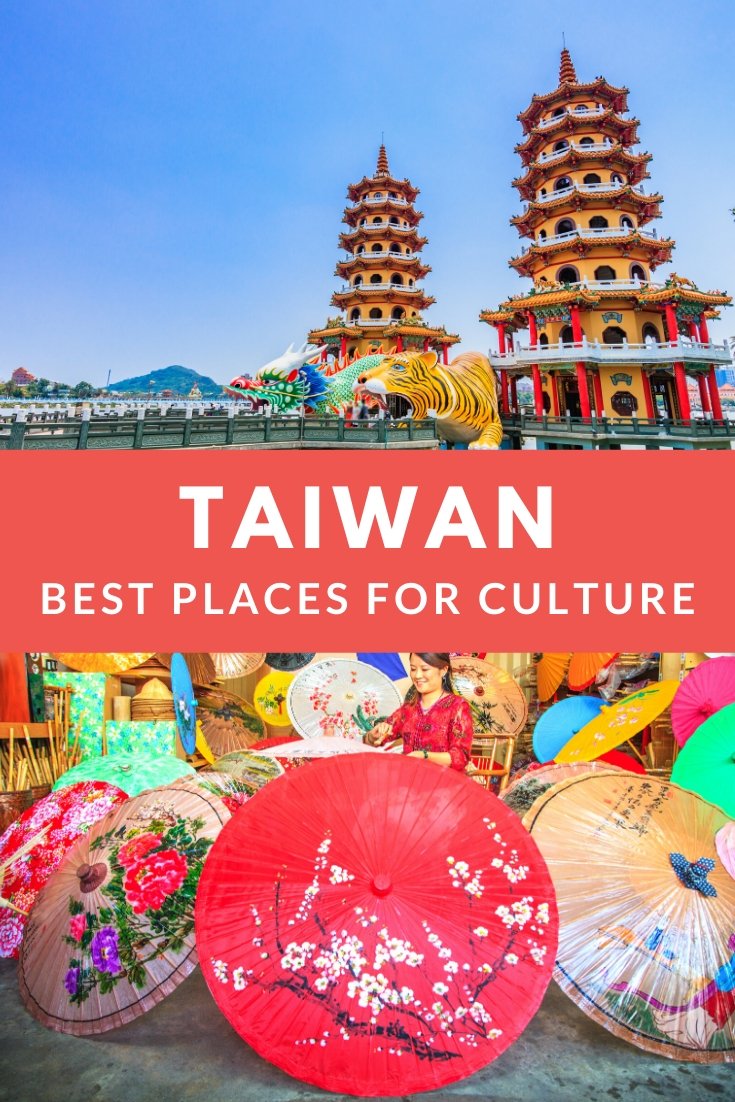 How to Plan for Unexpected House Repairs

Episode 44: How to Get Back Into Your Routine After a Trip with Tangia Rene...
Scroll to top