To afford a life of travel, I emphasize traveling more by spending less on each trip. Since we can’t avoid spending money to travel, we might as well try to spend as little as possible, right?

Instead of spending let’s say $3,000 on one trip, cut costs so that you can afford to go on 2-3 trips (or even more if you’re up for the challenge). Honestly, this is how I’ve managed to travel to four international destinations (and counting) in 2016.

Since flights are one of the most expensive costs associated with travel, this is a great place to look for savings. You can find error fares, flight sales, or use your miles and points.

For those of you who need a little more convincing, this a sequel to Cheap Flights Ever Booked. In this blog post, twelve travel bloggers take it up a notch and share the cheapest flights they’ve ever booked with miles and points. This is a testament that cheap flights really do exist!

Make sure to take notes, sign up for these reward programs and get ready to start earning and redeeming those points and miles.

by Chasing the Unknown 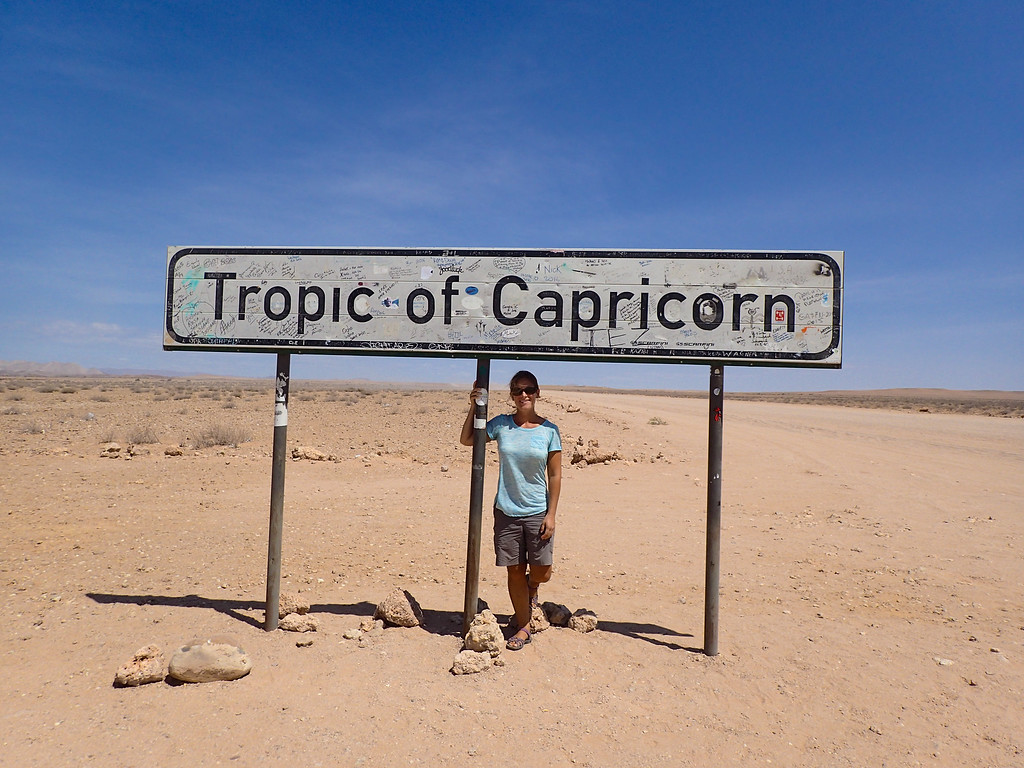 Tropic of Capricorn in Namibia (photo by Chasing the Unknown)

Collecting miles and points was a habit I picked up as a kid. My dad traveled extensively for business and took the whole family on vacation using the miles and points he earned traveling for work.

I collect points from credit cards and online shopping portals in addition to travel, and I always keep a reserve so that I can book a spur-of-the-moment flight home should the need arise. When I decided to head to southern Africa last September, I had a huge collection of United miles so I treated myself to a business class seat on South African Airways. I started looking about 6 weeks before I wanted to go and booked the ticket 4.5 weeks before my October departure. Enough time to send my passport off to the Mozambique embassy for a visa and be on my way!

In the water at Hong Island off the coast of Krabi, Thailand (photo by Eternal Arrival)

For 40,000 United miles and $52 in fees one-way, I booked a ticket to Bangkok, Thailand from New York City!

It was so easy – I just racked up points from credit card signups and booked the ticket online using United’s website. I bought the flight to Thailand in April of 2015 for that upcoming summer (July and August) and it was the best decision of my life. I used Bangkok as a jumping off point and booked cheap flights with AirAsia to see tons of Southeast Asian countries, including Vietnam, Bali, Cambodia, Myanmar, Singapore and Malaysia. Flights were often under $20!

by The Travel Sisters

I’ve booked many flights with miles, but the cheapest flight I have ever booked was a first class American Airlines flight from Chicago to Tokyo in January 2014.

The cost of the flight was only 62,500 American AAdvantage miles plus $2.50 USD in fees. I also received 6,250 miles back for having an American Airlines credit card!

I booked my flight online in the fall of 2013 about a year after I started collecting miles and points. Although in my case I was able to find an award ticket online because I was flying on American Airlines rather than a partner, one tip for finding flights with miles and points is to call the airline instead of just relying on what you find online. Some airlines, including American Airlines, do not display award flights for all of its alliance partners. Call the airline to find and book your reward flights.

Last March I decided to leave Austin, Texas when my lease ended. I have a ton of British Airways points and tend to search for awards flights as entertainment when my brain has otherwise quit working. I don’t usually search for British Airways intercontinental flights since they have such high fuel surcharges (and most stop at Heathrow which has its own high fees).

I suppose someone had returned a flight because a business class flight showed up for October that hadn’t been there the day before. For 40,000 Avios points and $5 USD, I got a one-way business class ticket to Berlin from New York. A similar ticket runs $3,000-$5,000 USD depending on when and how you book.

Being persistent and flexible are what really got me this flight. And both are requirements for booking with Avios since they don’t make it easy.

by Travel The Globe 4 Less

Using miles as a Brit is frankly a rip off compared to the deals our US buddies enjoy. No £5.60 taxes for us…think instead hundreds of pounds which may sometimes beg the question, why bother?

British Airways does however offer a European saver with flat taxes of £35 per person for economy and £50 for business class. We bagged flights to Stockholm using 26,000 points and we also used a Lloyds Duo Avios voucher to upgrade to business on the outbound flight. We returned in economy for a total cost of £85.

by A Journey We Love

From Tampa, Florida we flew to Frankfurt, Germany. We spent 8 hours (stopover) touring Frankfurt before hopping on a plane to Lyon, France. Then we drove to Geneva, Switzerland stayed there for a few days and then hopped on another plane to Vienna, Austria. After touring Slovakia, Czech Republic and Austria by land, we flew back to Fort Myers, Florida.

by The Curious Explorers

I decided to take a last minute trip to Hamburg, Germany but couldn’t find any amazing deals for the day I wanted to fly. After looking on Skyscanner, I usually log on to my British Airways account to see if it’s worth using my sacred points. There were no economy tickets, but there were business class tickets available. I thought “what they hey, let’s see what they charge for that”. To my complete shock, the flight was only 7,750 points + tax.

On the 9th of September 2015, I booked a business class ticket flying to Hamburg from London on the 22nd of September 2015 for only £25! Getting this ticket also meant I had access to the BA lounge. To put this deal into perspective, my economy flight to Oslo the previous November was 16,000 Avios points (round-trip) and £75.

by Take Me to The World

I lucked out and got this deal when I attended a media event for Westjet (an airline in Canada). They gave everyone in attendance a 50% off coupon. I used the coupon code to leave London and move to Ireland for 2 years.

When I went to Banff National Park two summers ago, I booked a round-trip ticket with American Airlines from Detroit to Calgary for 35,000 points and $60 USD in fees. My miles were set to expire, and I wanted one last retreat in the mountains before I moved to Japan, so the timing was perfect. It was my first time to Banff, and I met up with a couple of friends who were living in Edmonton at the time. We had a blast exploring and hiking through the mountains.

For two straight years, I earned the Southwest Companion Pass, which allows you to designate a companion that can fly with you on any flight for free. The process of earning the companion pass allowed me to accumulate a lot of Southwest points as well, so I was able to book flights for myself using just points and have my boyfriend tag along for free.

I once booked two round-trip flights from San Juan, Puerto Rico to New Orleans, Louisiana for a total of $22.40 USD. I booked my flight with 37,833 points, which was a little high, but that’s because it was Easter weekend. It wasn’t the cheapest flight in terms of points usage, but considering I traveled to a party destination during a holiday, it was by far the best deal I’ve ever got!

by Flirting with the Globe

New Zealand glaciers! (photo by Flirting With The Globe)

In late January of this year, I took an epic vacation to New Zealand. The trip was AMAZING, but the most exciting part was the cost – just $73.50 USD round-trip from Atlanta, USA.

How is it possible to fly such a far distance for so little during peak season?

You can travel anywhere in the world for pennies on the dollar with some advance planning and flexibility!

by Travel To Blank 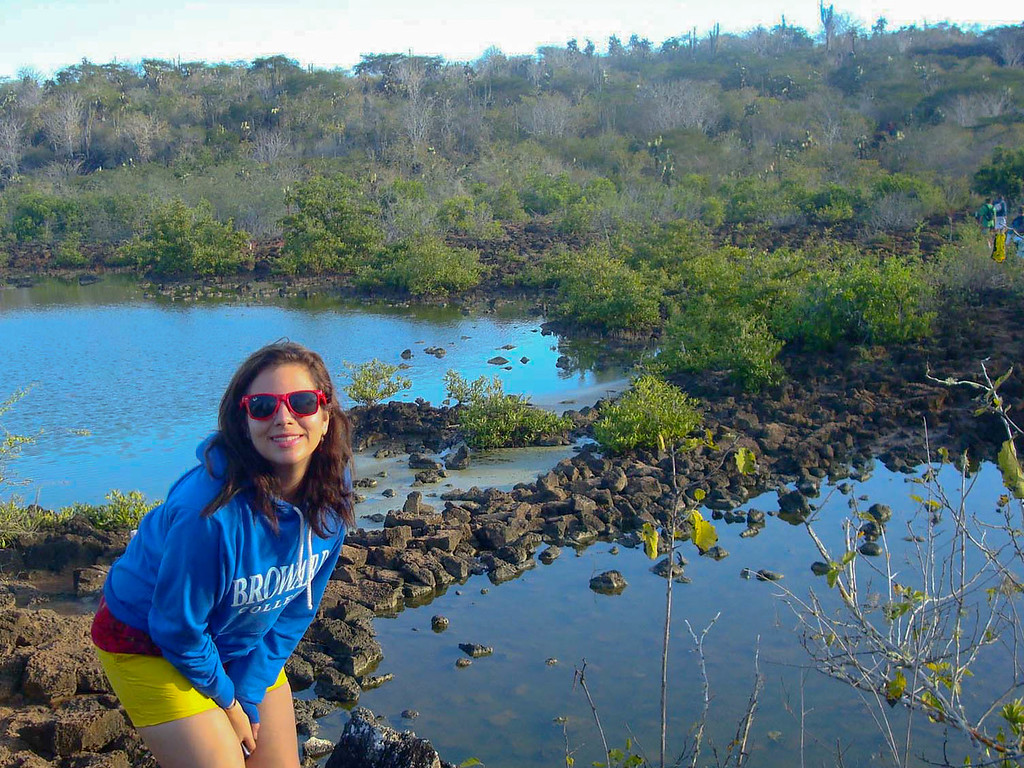 Welcome to the Galapagos Islands! (photo by Travel to Blank)

For my birthday my wife and travel partner, Jazmin, bought us a ticket to the Galapagos from Guayaquil, Ecuador with miles. It cost us 60,000 miles plus $40 USD for both of us. For that time of the year, it could have easily cost over $500 each.

She bought the flight at the beginning of March 2015 and we flew at the end of March. LAN Ecuador was running a special with miles, where you only needed half the amount of miles that were normally needed for the ticket. Jazmin was looking for a good deal for almost two months until she finally spotted LAN’s promotion.

What’s the cheapest flight you’ve ever booked with miles and points?

Danielle is a travel finance strategist, author, speaker and podcaster. She paid off $63,000 of student loan debt in 4 years, bought a house at 27 and has traveled to 27 countries and 4 continents. She refuses to let her financial responsibilities hold her back from living life on her own terms.

I know how challenging it can be to want to travel the world without the right resources or financial know-how. Based in Connecticut, I share practical tips so you can afford to travel more, pay off debt and build wealth.

What to See in Jakarta Indonesia