Unlike pricey cooking classes and guided food tours, Bitemojo offers an affordable way to explore Barcelona’s delicious food scene. At a fraction of the price of group food tours, touring with Bitemojo felt like an old friend took us by the hand and shared with us the best parts of the city. During the tour, not only did my best friend and I get to experience the rich historical treasures of the Gothic Quarter but we also dined at some of the best restaurants and cafes in Barcelona!

Taste a Destination at Your Own Place

Bitemojo is a self-guided culinary bite tour app that helps you discover unique foods in a destination while sightseeing. Founded in 2016, Bitemojo operates in 10 cities around the world including Berlin, Rome, Barcelona, Jerusalem, Singapore, Budapest, Lisbon, Madrid, Ljubljana, and Tel Aviv.

Available on both iOS and Android devices, the app aims to change the way people travel by connecting visitors and locals. Connecting those who love delicious foods with those who love creating them.

The app is available in English, German, Hebrew, Italian and Spanish.

To get started, all you have to do is download the app, pick a food tour you want to join and start exploring the city.

During the Barcelona food tour, you’ll get access to six delicious bites that are culturally significant to the destination you’re visiting. You can also stop at 8-12 different points of interest along the way.

Once you arrive at a “bitestop”, introduce yourself as a bite-mojo and hit “Claim”. Show the “Claimed” voucher to the owner and you are all set.

Since Bitemojo is an independent self-guided food tour, you don’t have to worry about being on a strict timetable. In fact, you can start and stop your tour anytime or continue in another city – just be mindful of operating hours.

If you’re unable to finish a food tour, unclaimed bites are conveniently saved in your biteWallet where you can redeem them later at any destination.

You can even earn credits for free bites when you rate a bite and share your feedback.

Bitemojo offers three tours in Barcelona: Gothic Barcelona, Barcelona & La Boqueria and El Born Food Tour. Since we wanted to see more of the Old City on the tour, we decided to book the Gothic Barcelona tour which took us down the narrow streets of the Gothic Quarter.

The Gothic Quarter is the oldest part of the city and you can even find ruins of the old Roman wall here. In fact at one of the stops, I had a chance to admire the original Roman wall inside a hidden courtyard café.

Priced at 30 € per person, the Gothic Quarter tour offered an incredible value. The tour takes approximately three hours to complete from start to finish and we enjoyed learning about each bite and establishment.

Within the app, you can use a map which indicates attractions and stops by numbers and stars. However since the map was difficult to use and the GPS navigation did not work, I had to use Google Maps to navigate instead. Switching between apps was time consuming so in the future, I’d like to see the app have better navigation and a more user-friendly interface.

Nevertheless on the tour, we got to see many hidden gems like the bad luck skull underneath the Bishop’s Bridge that brings bad luck to anyone who looks at it for too long.

I also loved “The World in a Kiss” a pictorial mosaic made of 4,000 photos submitted by Barcelona residents who were asked to send in a picture that represents their idea of a moment of freedom. The mosaic of two mouths about to kiss is absolutely worth checking out.

All of our Barcelona bites were delicious. They were also large and often included a coffee, beer or liqueur. In fact, our bites were so filling that we ended up splitting our tour into two days.

As we discovered new bars and restaurants that served these bite-sized dishes, we ended up avoiding the expensive tourist traps and saved a lot of money on food. On the tour we never had to worry about paying out of pocket because all of our bites were included in the price of the tour.

Our favorite bite was the Pincho of Cobreces which included cheese, tomato jam and caramelised onion with a glass of Vermouth, however, the Bikini sandwich with coffee and milk from Cafe D’Estiu came in at a close second. Cafe D’Estiu has a serene ambiance and friendly staff.

It’s important to note that tours are not available on Mondays and Tuesdays so if you want to go on the Gothic Barcelona tour, plan accordingly.

Also, leaving a tip at any of the eateries is optional.

Although I didn’t get to try any wines on this tour, if you prefer wine tasting, consider joining a wine tour from Barcelona.

Our Gothic Quarter food tour was truly unique because we felt like we were experiencing Barcelona with a local who knew all of the coolest spots in town.

At all of the locations, the restaurants were familiar with the app. There was only one instance at Craft Barcelona where the bartender wasn’t familiar with how the app worked but still honored our claim anyway.

Overall, I enjoyed the flexibility of the tour because you can stop and start the tour anytime (as long as it’s within operating hours) and you can claim different bites for breakfast, lunch or dinner.

Unlike other self-guided food tours, there was no right or wrong way to explore Barcelona so feel free to set your own pace. This was especially important for us because we wanted this trip to Barcelona to be a relaxing one. Sí!

Where to Stay in Barcelona

I stayed at the Andante Hotel in Barcelona which has a pool and gorgeous panoramic views of the city from the roof.

Book your stay at Andante Hotel a few minutes from Las Ramblas and Port Vell in Barcelona.

Thanks Bitemojo for treating me to a complimentary food tour in Barcelona, all opinions are my own. 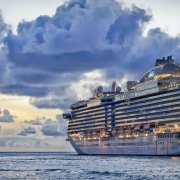 How To Find The Best Cruise Deals For Your Next Vacation 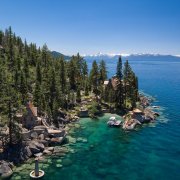 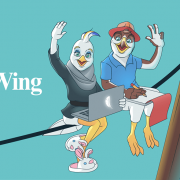 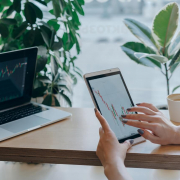 How Much Interest Are You Paying on Your Mortgage?

Weekend Boston Guide: Where to Stay, Eat and Things to Do in Boston
Scroll to top